An eventful week with Just ASK!

On Thursday, October 26th  the group Just ASK, an after-school centre in north Dublin led by Declan, returned to Morocco to spend some time with the children at Centre Amane. Declan first started coming to Taroudant around 10 years ago and saw the poverty some children were living in and wanted to help change their lives. They spoke with friends to try and find solutions to some of the issues these kids were facing and later became involved with Fondation Amane. “We liked the approach they had at Centre Amane and their connection with Moroccan Children’s Trust and we decided to put our effort in with them. It has been a very successful partnership over the years and we’ve seen much development of the work in Taroudant.” Declan also mentioned that Taroudant has become a much safer place for vulnerable children over the past decade. He said: “I remain convinced that Fondation Amane had and continues to have a lead role in that change.”

Once Declan’s group arrived, they wasted no time getting to the centre and escorting the kids down to a local football field for a friendly game. The kids were all having a wonderful time playing. After the game, the group headed down the street to a café where they all got drinks and talked to one another until well after sunset. 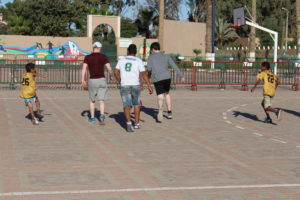 The following day the group of Irish visitors met at Centre Amane for some activities in the sports hall. The children played football, basketball and a little bit of duck, duck, goose which was changed to tajine, tajine, couscous. After more than two hours of play, the children were all hungry. They all headed from the sports hall back to Centre Amane where they were greeted with a massive plate of couscous! After eating, it was off to school for the children. 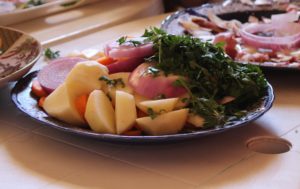 On Monday, Centre Amane hosted the group from Just ASK to a cooking activity in which they prepared a traditional Irish meal and the Moroccan children, a traditional Moroccan dish. For the first meal, the children crowded around a table and learned how to chop onions and carrots, peel potatoes and prepare the meat balls then throw them into a big pot. While the Irish stew was cooking on the stove, the men from Just ASK helped prepare the traditional Moroccan dish Pastilla. Traditionally, Pastilla is made using a meat (chicken or fish most commonly) slow- cooked in broth and spices then shredded and put into a crispy, crêpe- like dough. It is then topped with ground almonds, cinnamon, and sugar.   At 3 p.m. the children returned from school and ate the meals that had been prepared earlier that morning. The Irish stew and Pastilla were both very delicious. 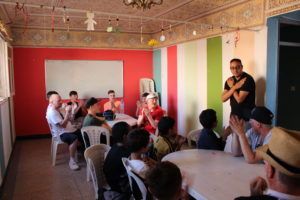 Friday, November 3rd was the last day that Declan and the lads were in Morocco. Everyone met at Centre Amane at around 7 a.m. and piled onto the buses, ready for a trip to the beach! After a short 1 ½ hour bus ride, the group arrived at a small beach just north of Agadir. The kids ran off the bus and straight down to an empty spot in the sand. The children spent the next couple of hours riding horses and camels , building sandcastles and, of course, swimming. 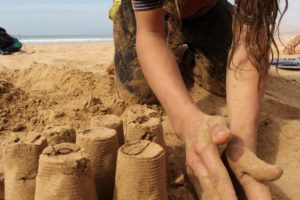 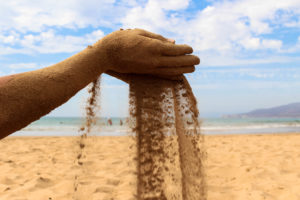 After they were finished with the beach, everyone headed back towards Agadir for lunch. Later, the group went down to catch a ride on a train that tours the beach and some surrounding areas. The train wasn’t there so instead the group walked through the zoo that is close to the train station. It was exciting to see the children’s smiles while they watched the animals. 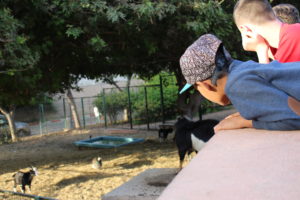 When the zoo closed the group walked back out to see if the train had arrived yet. It hadn’t arrived, so they sat and waited as the sun set. When the train finally came the kids jumped on eager for the ride. The train took them all along the beach then turned up into the city, brought them back down to the other side of the beach and eventually ended right back where they started. A perfect end to a perfect day. 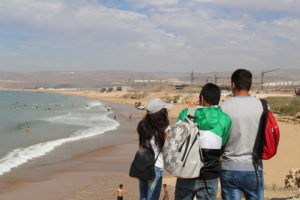 The teams at MCT and FAPE would like to give a special thank you to Declan, Ray, Paul, Deco and all the lads from Just ASK for coming to Morocco and spending time with the children at Centre Amane. It was a wonderful visit and we all look forward to seeing you soon!